For the second Monster Box in our series, we featured the terrifying Axe Kill Brute from The Darklands miniatures game by Mierce Miniatures. This massive monster is a fantastic miniature to paint and was paired with a trio of Warm Grey paints from WarColours, and a Stone Wash from Secret Weapon. Together, these paints could be used to create a highly realistic stone effect, which we covered in the free painting tutorial!

Also in the box to complete the fearsome diorama was a 60mm Shale base by Micro Art Studio, a pack of static grass from Serious Play and some gruesome corpse pieces by Secret Weapon.

July's Monster Box was also excellent value for money, containing £43.85 worth of high quality miniatures and paints, for just £31.90! That's a saving of 28% on RRP.

You can buy July's Monster Box on our store while stocks last! 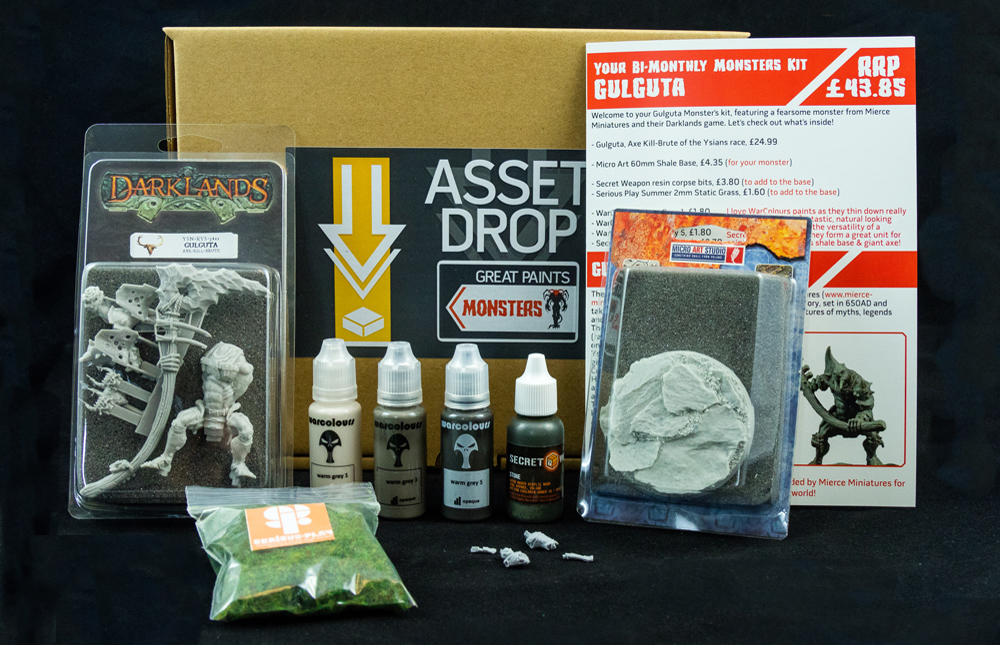 July Free Painting Tutorial:
Inside every Monsters Box, we always include a painting tutorial designed around the mini that month. For July's tutorial we covered how to use the grey paints and stone wash to paint the Shale base, adding the extra basing bits too, and we also covered how to use them in a different way to paint Gulguta's giant axe. 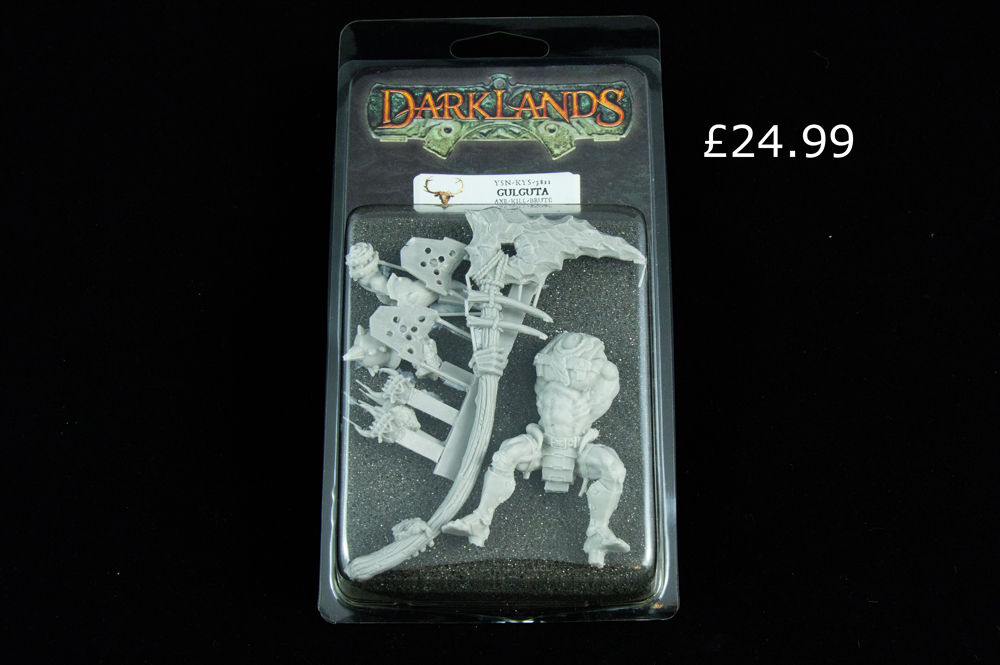 Gulguta and his giant axe from The Darklands miniatures game

The Darklands is a skirmish game created by Mierce Miniatures . It’s an alternative version of Dark Age history, set in 650AD and taking place across North and West Europe, where the creatures of myths, legends and fantasy are real.

There are 11 different kindreds (races) in The Darklands universe, one of which are the Ysians. The Ysians are degenerate and savage, giving in to their base desires. Cruel and selfish, they worship The Horned God with a cult-like fever, and are gifted with strength, skill and beastliness in return! The monstrous beasts of this kindred, such as the mighty Gulguta, are not known for their tactics in battle. Instead, they’re feared for their ferocity and sheer ability to decimate hordes of the enemy without stopping, fuelled by the chaos and bloodshed!

If you want to own your own terrifying Ysian monster, you can buy this Monster Box on our store and get the full kit!

A Complete Set of Stone Paints 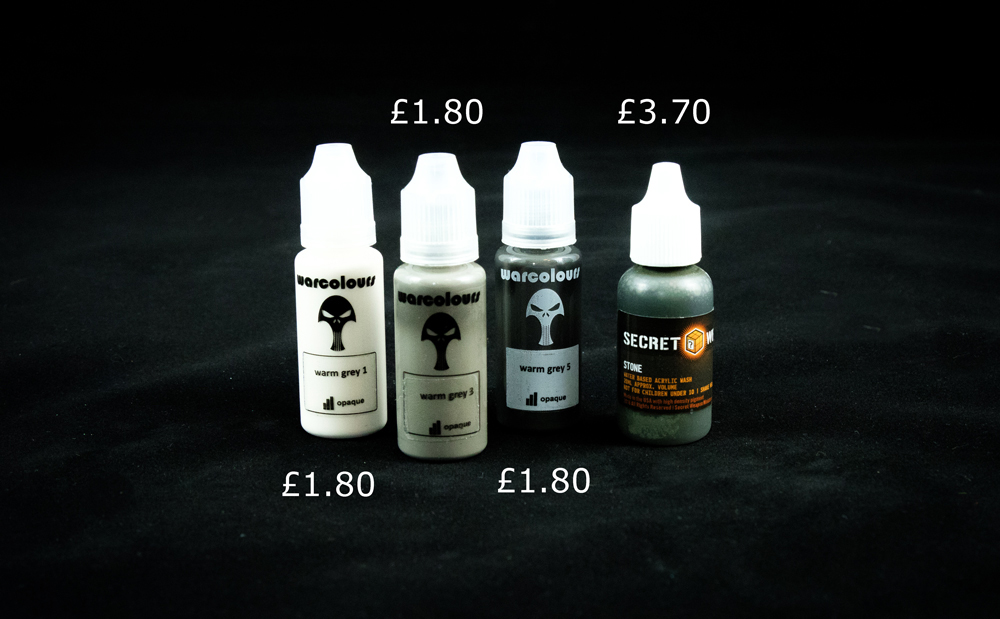 In every Monsters Box, we always include a trio of paints for painting part of your miniature. We chose these four paints because they are highly versatile and can be used to paint both the monster's scenic base and his stone weapon. The warm greys from WarColours are the ideal stone trio graduating up from a dark base to those light highlights. Due to the transparency of WarColours paints, they work really well for creating a natural and layered texture.


Secret Weapon paints are fantastic and I love their range of washes! The stone wash is brilliant for both creating shadows and adding a slight green tinge to the stone, helping to give the stone an aged and natural feeling for little effort.

Base and Basing Materials 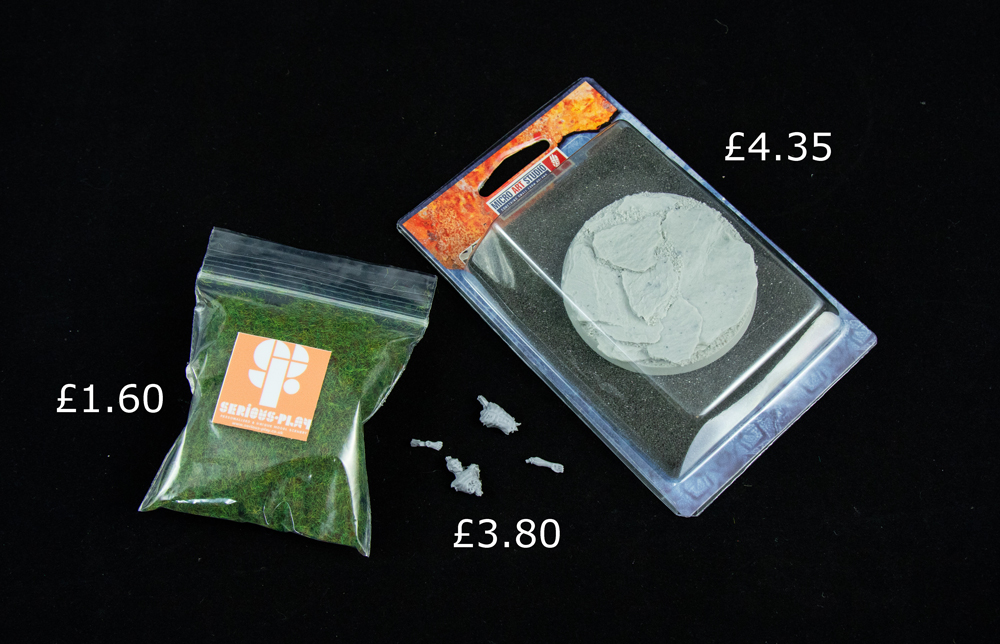 A fantastic miniature always need a great base to really pull everything together. Gulguta and the Ysians are from the Cornish and Breton regions of Europe, which is known for it's shale coastlines, therefore for this month's drop we chose a shale base by Micro Art Studio. In the Monsters Guide, we talk about how to paint the stone base, and then add the static grass from Serious Play.

To amp up the horror factor we included some highly details resin corpse bits by Secret Weapon to scatter on the base and out for gruesome blood effects. This makes our Kill Brute monster look like he's fresh off the battlefield! The corpse bits are also in scale with Gulguta, helping to show off how absolutely huge this Ysian beast is in The Darklands universe! 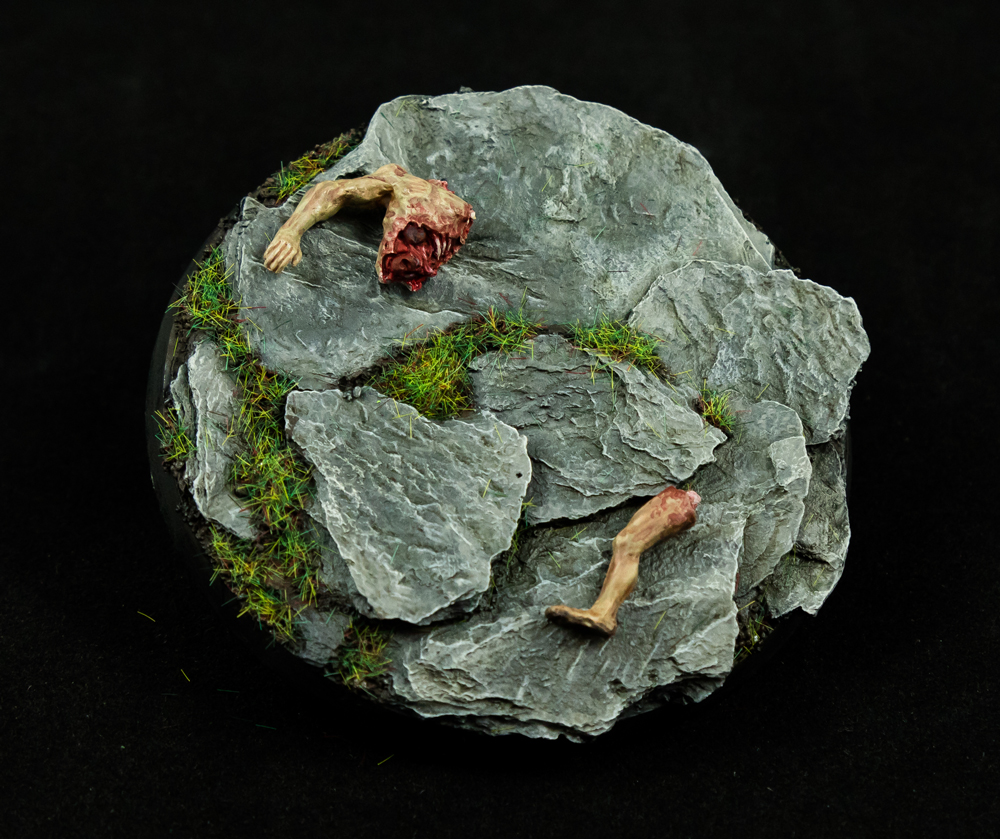 An example of the base subscribers can create with the contents of the July Monsters Drop. This uses the stone paints, the static grass and the corpse pieces all included in the box!

Places on our Monsters subscription are always limited with only a few opening up every other month. Sign up for the latest box, if it's available, by clicking the link below!