Discover what's inside a Heroines box!

February was our second Heroines box, and we were very excited to feature 2 premium miniatures this month from the UK based Acolyte Miniatures. We paired our two heroines with a set of WarColours One Coat paints and some Secret Weapon bases.

Subscribers also found a handout explaining all about their two new miniatures, and giving them an overview of colour mixing using the WarColours primary colours. Each heroines was paired with her own Heroines Card outlining some key stats and her number in the collection of females we'll be featuring over the next year.

Check out the exact contents of the box below and learn a bit more about the fascinating history of our medieval ladies from Acolyte Miniatures.

If you like the sound of February's Heroines Drop, and would like to receive your own creative painting project each month, subscribe to the Heroines Drop here. 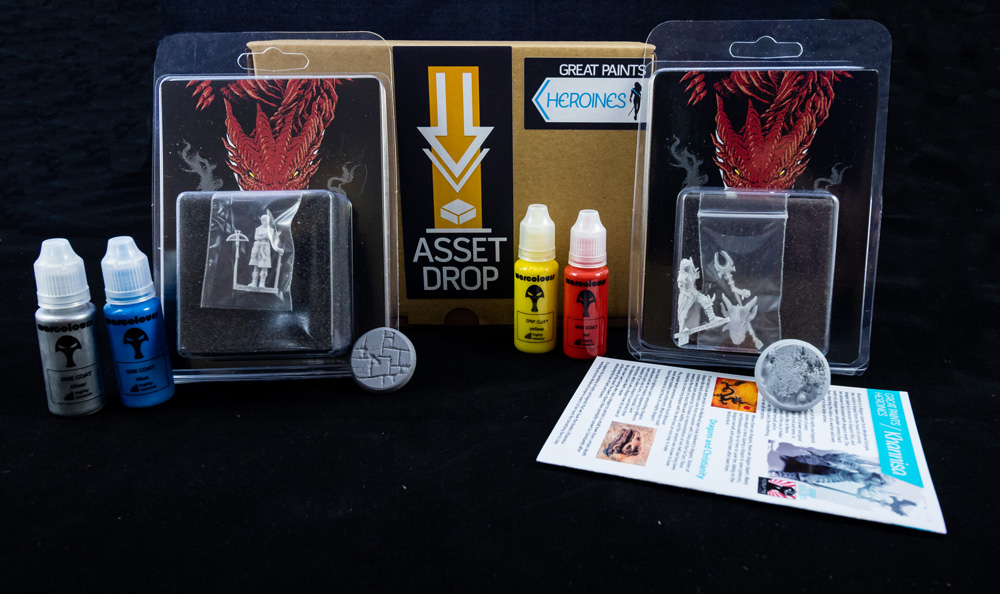 A Little About Our First Heroine: Khannisa 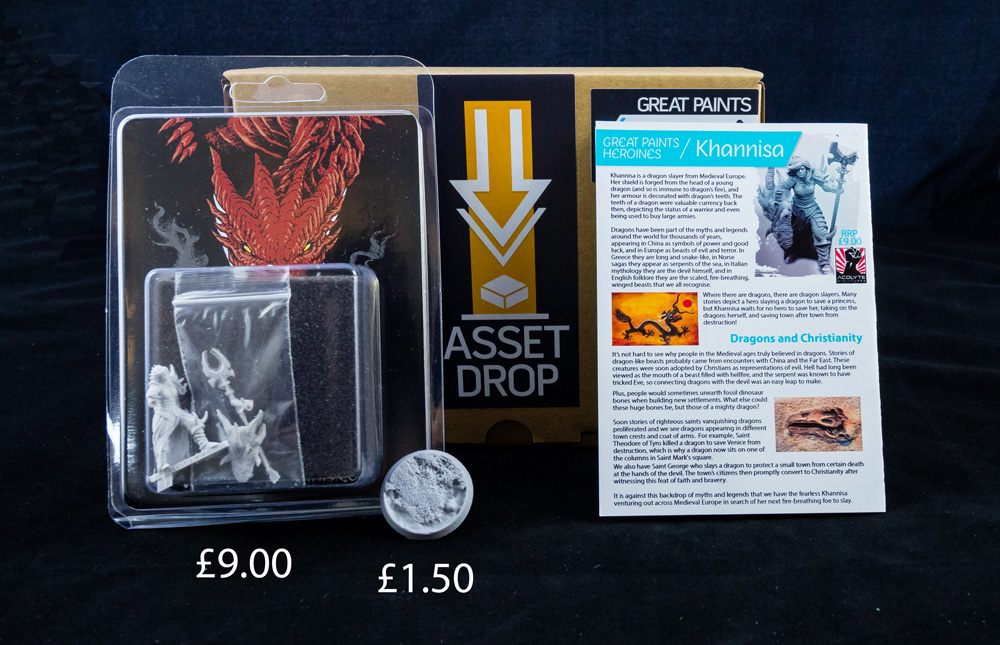 Khannisa is a freelance dragon slayer from Medieval Europe. Her shield is forged from the head of a young dragon (and so is immune to dragon’s fire), and her armour is decorated with dragon’s teeth. The teeth of a dragon were valuable currency back then, depicting the status of a warrior and even being used to buy large armies.

Dragons have been part of the myths and legends around the world for thousands of years, appearing in China as symbols of power and good luck, and in Europe as beasts of evil and terror. In Greece they are long and snake-like, in Norse sagas they appear as serpents of the sea, in Italian mythology they are the devil himself, and in English folklore they are the scaled, fire-breathing, winged beasts that we all recognise. 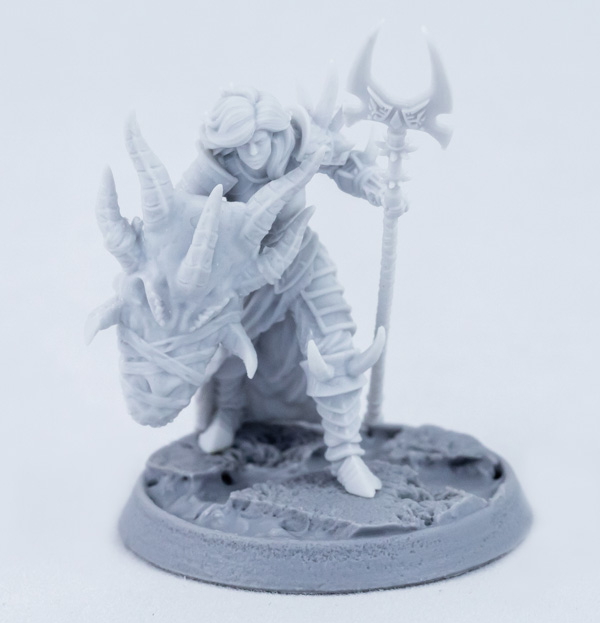 It’s not hard to see why people in the Medieval ages truly believed in dragons. Stories of dragon-like beasts probably came from encounters with China and the Far East. These creatures were soon adopted by Christians as representations of evil. Hell had long been viewed as the mouth of a beast filled with hellfire, and the serpent was known to have tricked Eve, so connecting dragons with the devil was an easy leap to make.

There were also many exaggerated stories of giant lizards and spitting snakes from travellers that could easily be explained as a dragon. Not to mention, people would sometimes unearth fossil dinosaur bones when building new settlements. What else could these huge bones be, but those of a mighty dragon?

Soon stories of righteous saints vanquishing dragons proliferated and we see dragons appearing in different town crests and coat of arms. For example, Saint Theodore of Tyro killed a dragon to save Venice from destruction, which is why a dragon now sits on one of the columns in Saint Mark's square. We also have Saint George who slays a dragon to protect a small town from certain death at the hands of the devil. The town’s citizens then promptly convert to Christianity after witnessing this feat of faith and bravery.

It is against this backdrop of myths and legends that we have the fearless Khannisa venturing out across Medieval Europe in search of her next fire-breathing foe to slay.

A Little About Our Second Heroine: Rogue 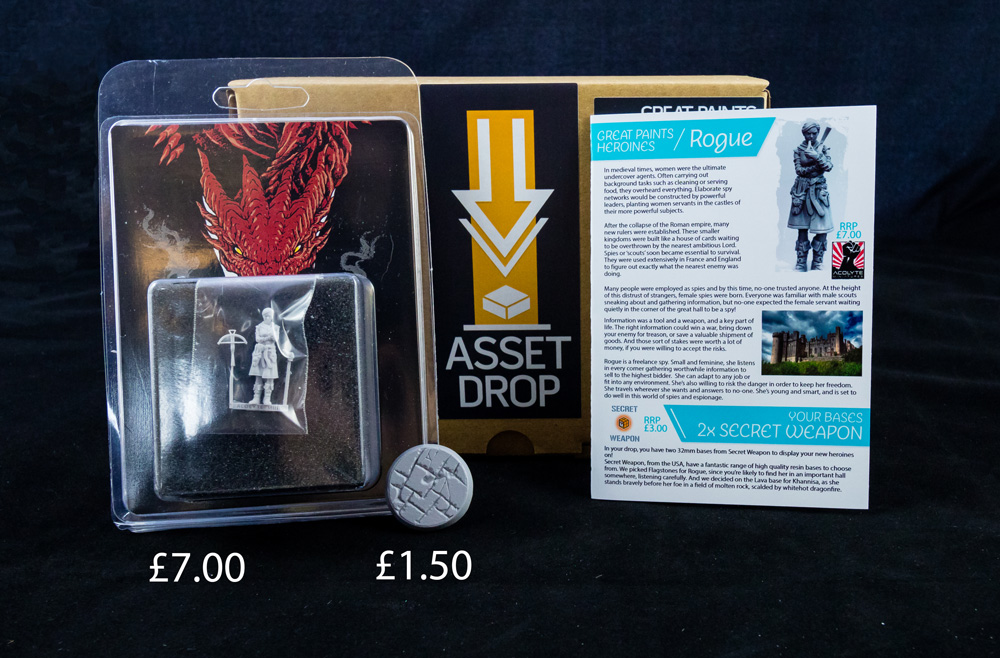 In medieval times, women were the ultimate undercover agents. Often carrying out background tasks such as cleaning or serving food, they overheard everything. Elaborate spy networks would be constructed by powerful leaders, planting women servants in the homes of their subjects, or sending women to seduce their enemies and glean their secrets.

After the collapse of the Roman empire, many new rulers were established. These smaller kingdoms were built like a house of cards waiting to be overthrown by the nearest ambitious Lord. Spies or ‘scouts’ soon became essential to survival. They were used extensively in France and England to figure out exactly what the nearest enemy was doing.

Many people were employed as spies and by this time, no-one trusted anyone. At the height of this distrust of strangers, female spies were born. Everyone was familiar with male scouts sneaking about and gathering information, but no-one expected the female servant waiting quietly in the corner to be a spy!

Rogue is a freelance spy. Small and feminine, she listens in every corner gathering worthwhile information to sell to the highest bidder. She can adapt to any job or fit into any environment. She’s also willing to risk the danger in order to keep her freedom. She travels wherever she wants and answers to no-one. She’s young and smart, and is set to do well in this world of spies and espionage. 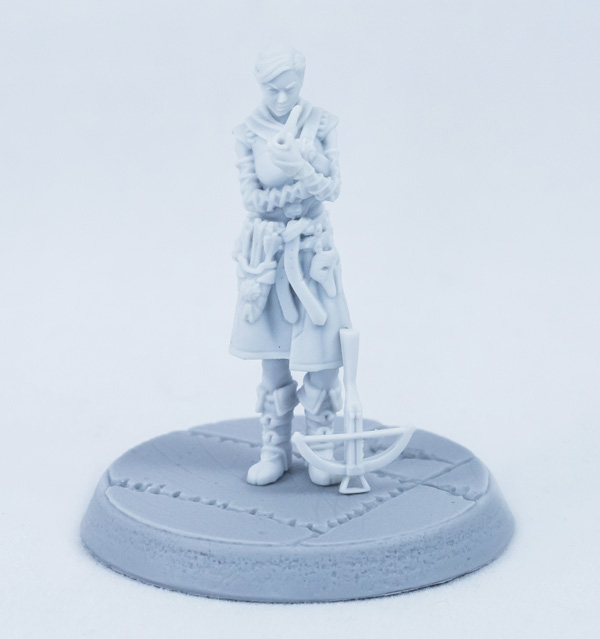 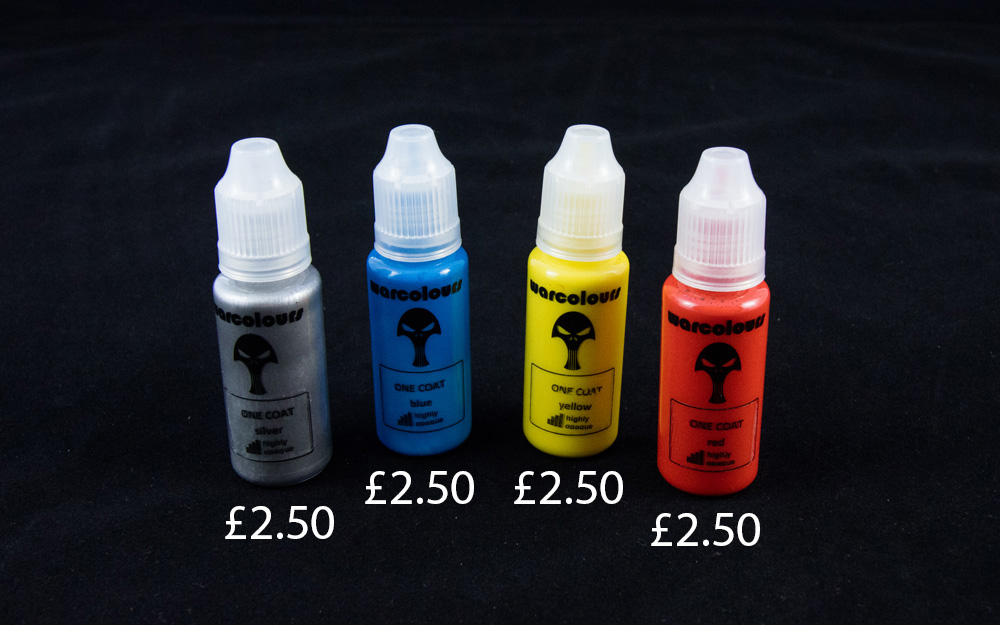 With the colour choices in February's Heroines box, we were inspired to do something a little different to showcase the WarColours One-Coat range.

We chose a set of three colours which are ideal to experiment with for a bit of colour mixing - red, yellow and blue. We also provided subscribers with a guide on how to mix the paints they received to make a variety of different colours for painting their heroines, including greens and oranges.

WarColours are a fantastic range of paints manufactured in Cyprus. The One Coat range have extra levels of pigmentations, giving them excellent coverage and bright colours. The base of these paints is different to other acrylics in that it is a gel, making WarColours paints excellent at mixing together to create new colours.

Subscribers also received a One-Coat Silver paint perfect for painting the armour on Khannisa and the weapons on Rogue. The metallic also mixes brilliantly with any of the colours - we tried it with the blue to make blue metallic armour!

WarColours One Coat paints retail in the UK at £2.50 each, meaning February's drop contained £10 worth of paints.

A Pair of Secret Weapon Bases 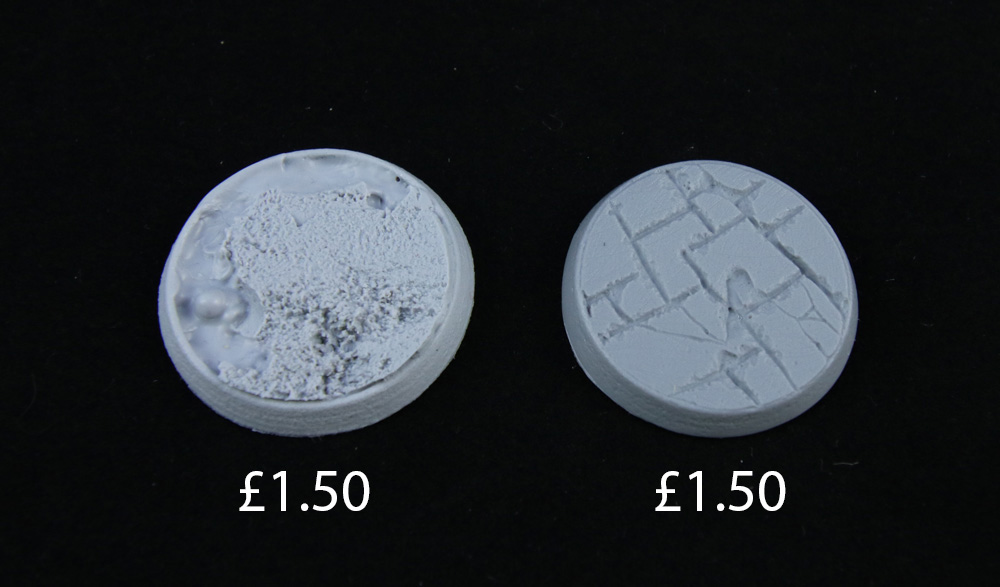 Secret Weapon produce a fantastic range of bases covering all sorts of different themes. They have a high level of detail and made the perfect scenic accompaniment to February's Heroines.

We chose to pair Khannisa the Dragon slayer with the Lava Base, imagining her braving the molten rock- melted by dragon fire- to reach her deadly foe. Rogue on the other hand values stealth over being bold, and can be found lurking in the corner of a great castle, listening to everyone's secrets. For her we chose the 32mm Flagstone base.

Together these Secret Weapon bases retail at £3.00.

Join In The Fun!

You can subscribe to receive the next Heroines box by clicking the link below. Places on the Heroines subscription are very limited, so sign up now if there are places available! If not, join our email list to find out when you can subscribe again.

If you like the look of February's box you can buy it on the store here, and will get 15-21% off if you become an Asset Drop subscriber first!