December's Drop featured an incredible pair of miniatures from the Bushido wargame- Rin and Bikou! These two deadly ninjas are as dynamic as you can get, both frozen mid-fight, giving them unbeatable table presence. Bikou is also a Show Exclusive miniature, only available at live events normally, but featuring in December's Heroines Drop after a one-off casting run just for our subscribers. We were really excited to feature such a fantastic miniature to round off our ninja duo!

This month's diorama was situated inside an old Japanese house, and we even had a custom base designed  for our box by the talented team over at Serious Play Scenics. The wooden base featured a Japanese-style rug, and came with a array of fun basing bits from the same company:- a large table to add height to the base, and a traditional Japanese tea set to decorate it!

Finally, for the paints, we featured a set of browns from The Army Painter, ideal for painting the wooden floor of the base. These paints complement each other perfectly and were used by our resident painter Marc Shucksmith-Wesley for his excellent How To Paint Wood tutorial.

If you like the sound of December's box, you can sign up for the Heroines Box by clicking this link. 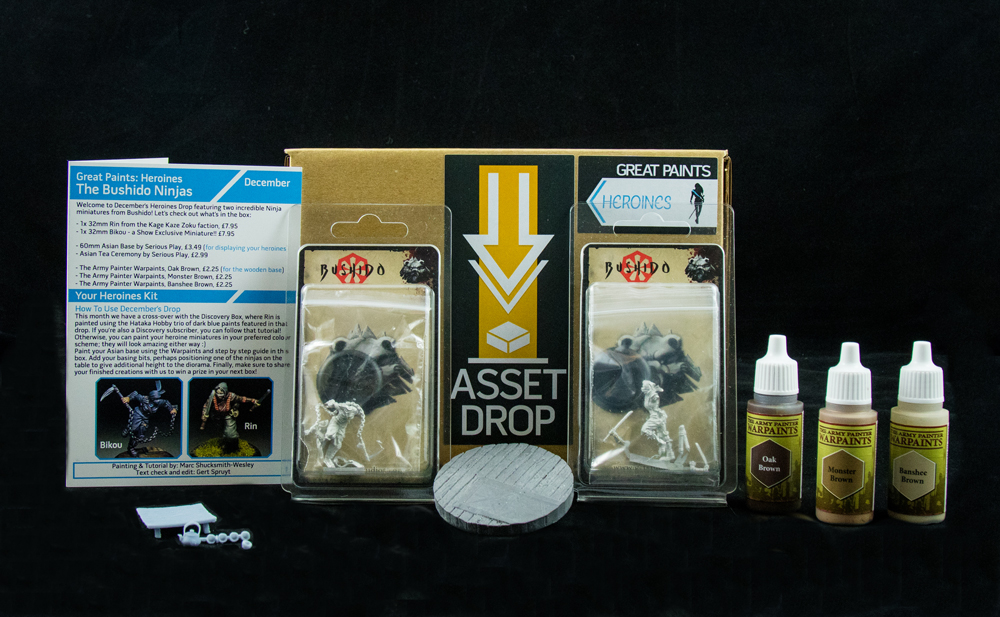 December Mini Tutorial:
Inside every heroines box, we always include a detailed painting tutorial designed around the mini that month. For December's tutorial we covered how to paint a wooden base, specifically focusing on getting the most detail and pop from the wood grain so your base really stands out! 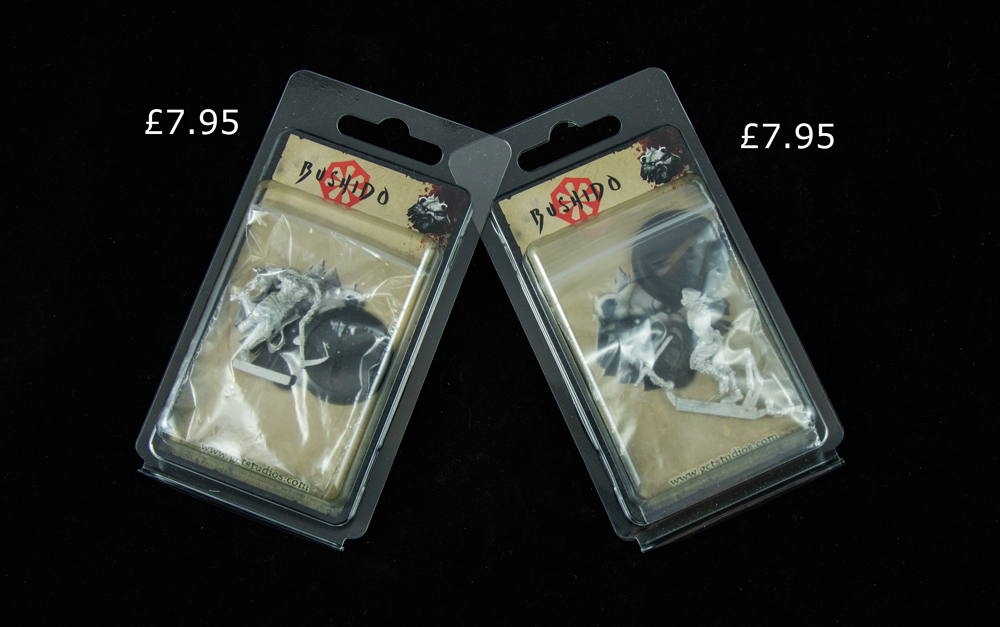 We've always wanted to feature ninjas in the Heroines box and this pair from Bushido were perfect! They have some of the most badass poses I've ever seen for a mini, and look like they're more than ready for a fight. It's really great to see such powerful, well-designed female miniatures for the tabletop. We were also overjoyed when Bushido issued a one-off casting run of their Show Exclusive miniature, especially for our Heroines Drop subscribers!

Here is some more information about our two ladies from the Bushido website:

"Bikou: Her true affiliation is now revealed, an agent of the Kage Kaze Zoku right in the heart of the Prefecture. Her true mission is unclear, but it only goes to show the ninja can infiltrate anywhere. A ghost and skilled assassin, almost impossible to pin down in melee she is as elusive as the morning fog, and as deadly as the Takifugi. Her enemies can never know when or where she will strike!"

"Rin: Rin is as swift as she is deadly. Her ability to combine speed whilst remaining as quiet as a mouse, with ferocious fighting skills too, makes her a real asset to the clan. Her twin katana's blaze with the fury of her House and leave a trail of dead in her wake. Her lust for battle is matched only by that of Katsumi, also of the Bleeding Moon clan."

Check out the completed dioramas below, painted by our Heroines Drop subscribers! 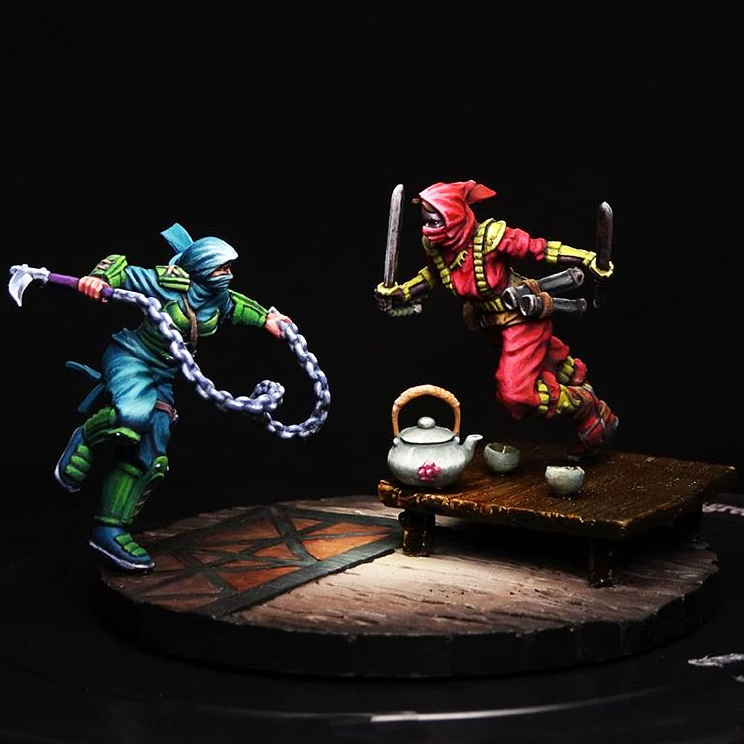 Bikou vs Rin painted by our subscriber Miljan of Switzerland

Wooden Base and Asian Tea Ceremony 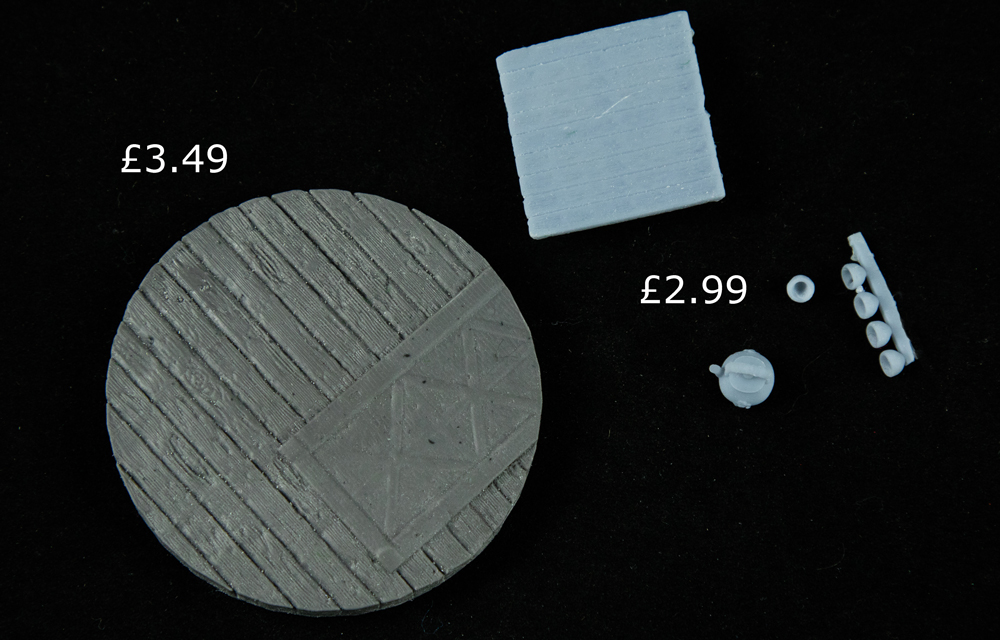 To build up a fantastic Asian diorama, Serious Play Scenics designed a custom Asian Base for December's Heroines Drop. We were really happy with how the detailed wood grain came out, and the positioning of the Japanese rug to add extra interest to the scene. When speaking with the team at Serious Play, we decided that we wanted to add extra height to the base to really show off the Bushido ninjas. They came up with the idea of a Japanese table and tea set and we were thrilled! We love that you can position the tea set in the kit as if it's been knocked over mid-fight to really bring the scene to life.

A Trio of Army Painter Warpaints 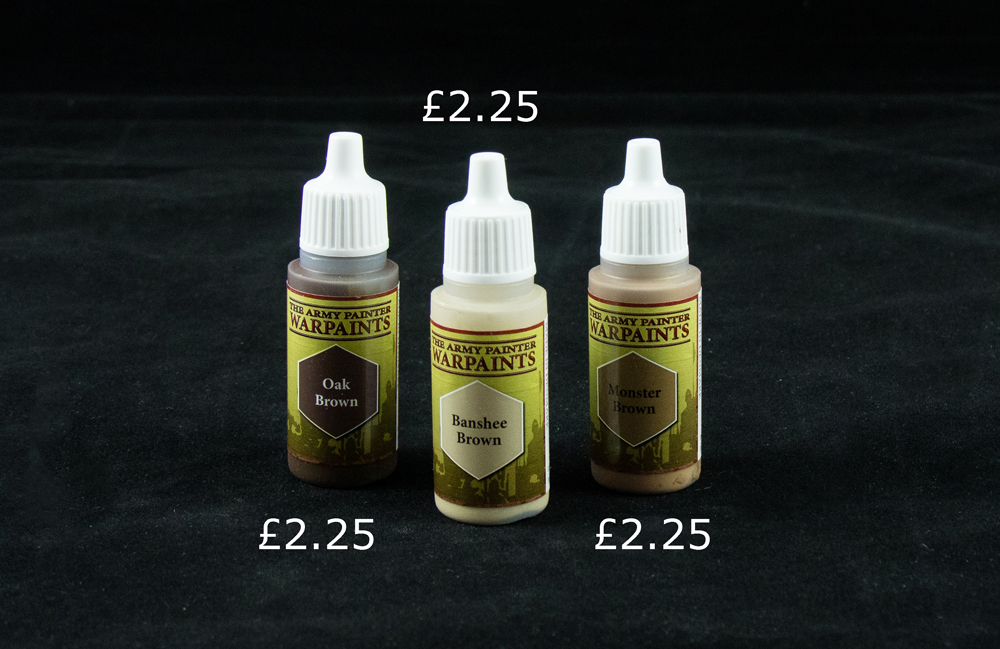 A trio of browns to paint a wood effect from The Army Painter, Full RRP £6.75

For the paints this month we went with Warpaints from The Army Painters, a great set of high quality brown paints which work together perfectly to create a wood effect. They will also work well for brown cloth and leather too, making them an ideal trio to add to your collection.

In the Heroines Drop this month, our resident painter Marc Shucksmith-Wesley wrote a fantastic tutorial on painting the wooden base. Check out his finished wood effect below!

The wood effect created using The Army Painter browns and explained in the Step by Step tutorial provided for free in the December heroines drop!

Places on our Heroines subscription are always limited with only a few opening up each month. Sign up for the latest box, if it's available, by clicking the link below!