For August's Heroines Drop we tried something a little different and included some non-human females - dwarves! It's great to see more female characters being represented across many different fantasy races. To feature these badass warriors, we got to work with Atlantis Miniatures who have created a set of 10 highly detailed female dwarves, full of personality. Atlantis have a unique blend of detailed but easy to paint minis and I had a lot of fun painting the heroine for this month's tutorial.

To round out the August Heroines Kit, we included a large Cobblestone base by Tabletop Art alongside a wide variety of basing bits to complete a mini diorama: a wooden chest from MiniMonsters, some Alchemy bottles by Kromlech, a wooden barrel by Micro Art Studio and some boxes by Tabletop Art. All amazing companies that we'd highly recommend checking out 🙂

Finally, our trio of paints this month came from a favourite brand of ours - Coat d'Arms. Their range of paints are affordable, high quality and diverse making them a great paint collection to own.

If you like the sound of August's Heroines Drop, and would like to receive your own creative painting project each month, subscribe to the Heroines Drop here. 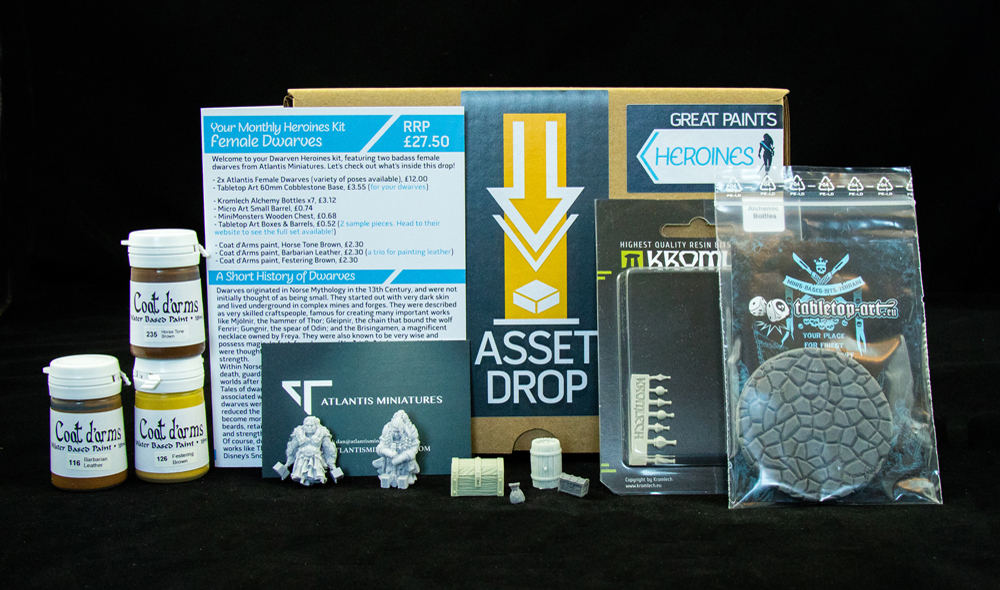 August Mini Tutorial:
Inside every heroines box, we always include a painting tutorial designed around the mini that month. For August's tutorial we covered in detail how to paint leather. The Atlantis Dwarves wear lots of different leather items, which the Coat d'Arms trio is perfect for.

You can get August's box on our store. 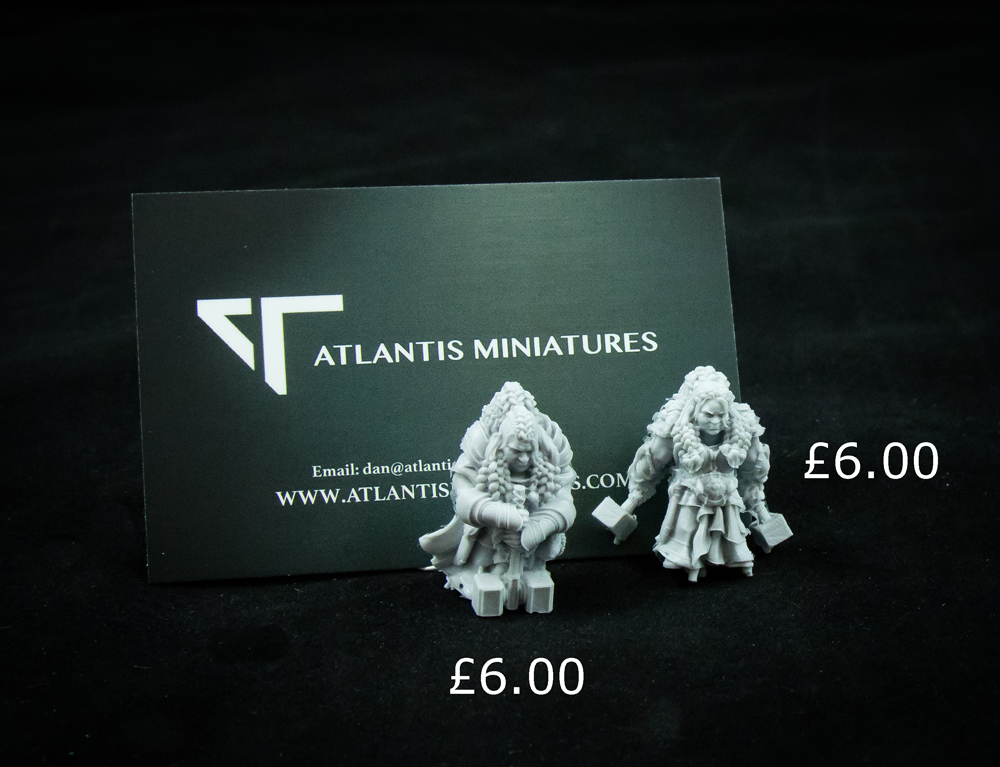 Atlantis Miniatures have a set of 10 different dwarven females, and each subscriber received two in August's Drop

A Short History of Dwarves:

Dwarves originated in Norse Mythology in the 13th Century, and were not initially thought of as being small. They started out with very dark skin and lived underground in complex mines and forges. They were described as very skilled craftspeople, famous for creating many important works like Mjölnir, the hammer of Thor; Gleipnir, the chain that bound the wolf Fenrir; Gungnir, the spear of Odin; and the Brisingamen, a magnificent necklace owned by Freya. They were also known to be very wise and possess magic. In fact, four dwarves (Norðri, Suðri, Austri and Vestri) were thought to hold up the four corners of the sky with their colossal strength.

In Germany, dwarves start to become more recognisable to us as white skinned beings with long beards, retaining their association with magic, mining, metalsmithing and strength. They also love treasure, seeking it out and guarding it underground. Of course, dwarves have now become very mainstream in fantasy after works like The Lord of the Rings, Dungeons and Dragons and even Walt Disney’s Snow White and the Seven Dwarfs!

Check out the images below painted by our subscribers using their August Heroines Kit. 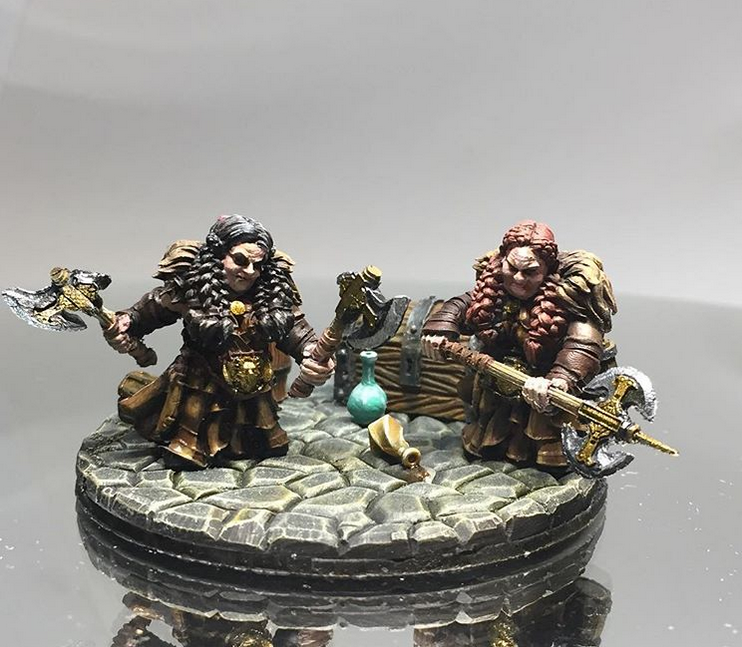 Painted by our subscriber Jeremy of the USA 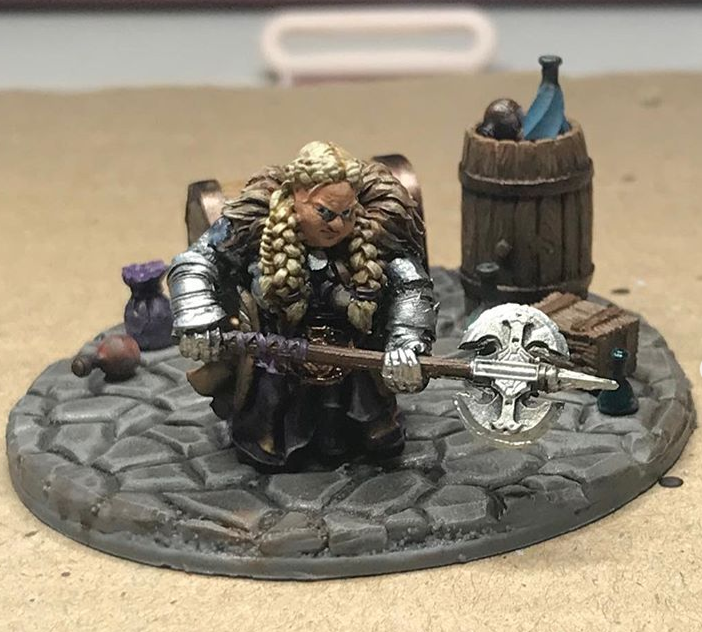 Painted by our subscriber @cecilie_paints_minis 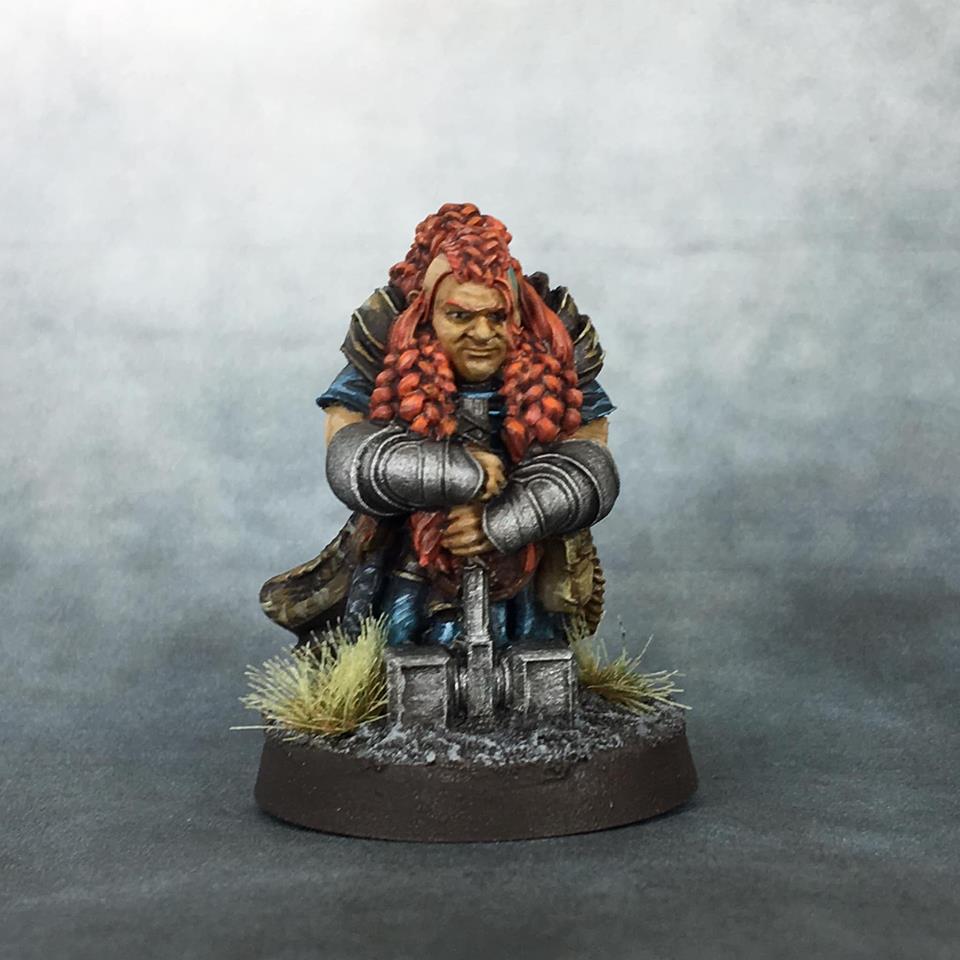 Painted by our subscriber Kristin of the USA 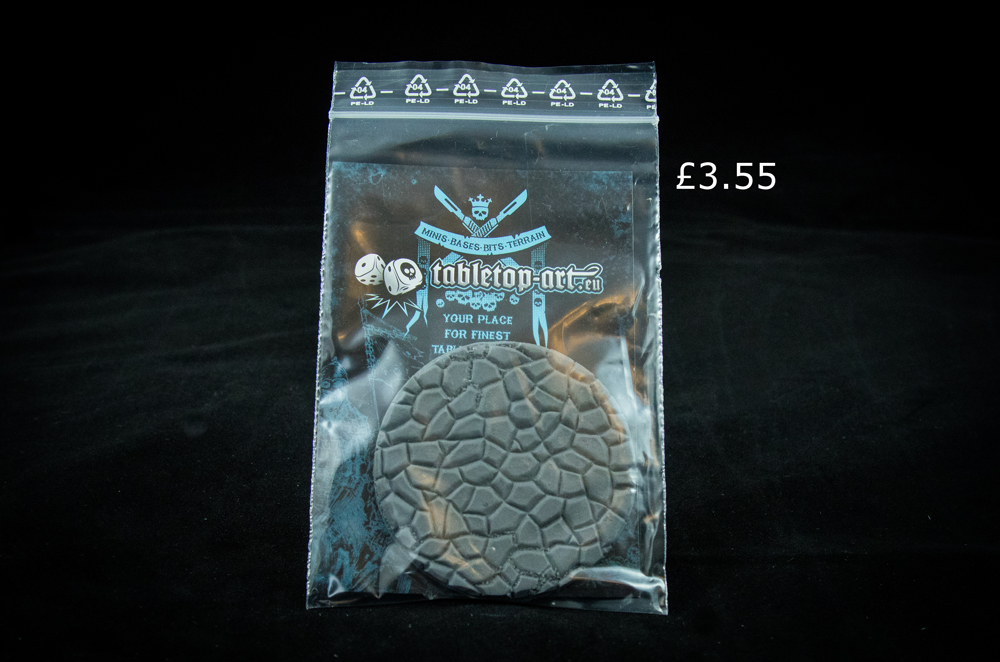 Tabletop Art are a brilliant resin manufacturer based in Germany, producing a wide range of basing bits and scenic bases, as well as their own small line of miniatures too. For the Heroines Drop, we chose the simple cobblestone base to act as a platform to create a diorama using the many resin basing bits supplied in this drop. 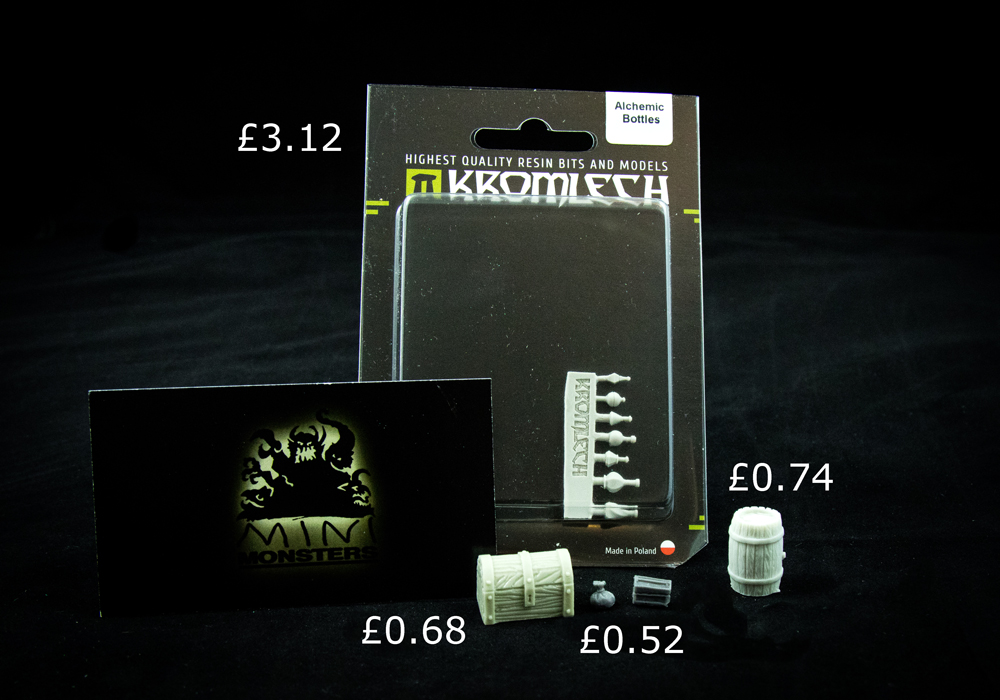 Resin basing bits from Tabletop Art, Micro Art Studio, Kromlech and MiniMonsters that all work with an underground dwarven theme.

With the Dwarven Adenturers Box, we wanted to feature a lot of different basing bits. Normally in our heroines boxes, we only feature a couple, but this month we pushed the boat out and included a huge variety from 4 different companies!

Subscribers were able to really personalise the Cobblestone Base by arranging their basing bits in a unique way to set the scene for their dwarven heroines. 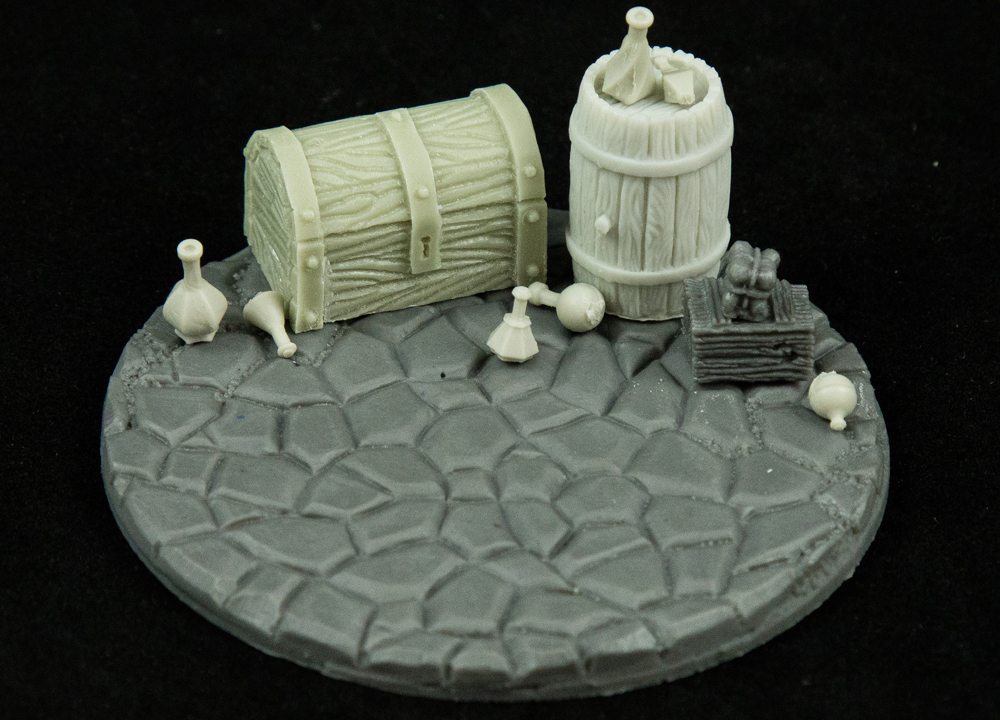 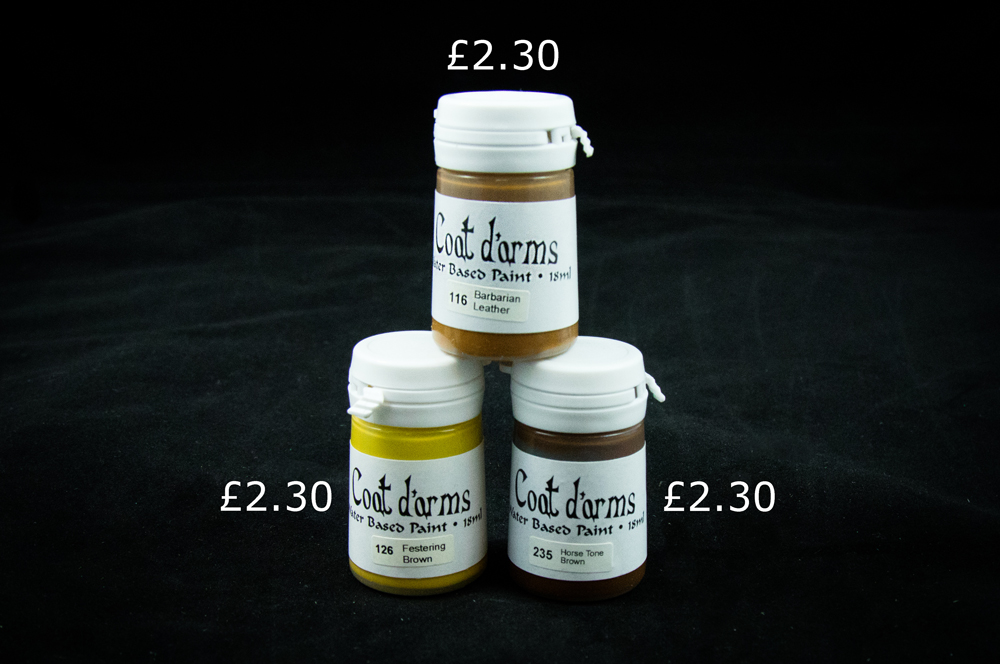 A trio of Coat d'Arms paints ideal for painting leather

Finally, we always include a trio of paints in our heroines boxes to get you started painting your female mini each month. We then use those paints to write a 2-3 paint tutorial on how to achieve a certain affect, such as painting leather on your new miniature. We chose these 3 colours from Coat d'Arms because they work together perfectly as a trio and are great quality paints to own too.