January's Heroes Drop feature two incredible plastic miniatures from Malifaux - the Katanaka Snipers. These two gothic style shooters are fantastic sculpts that are a pleasure to paint! We love the fact they come in two different positions, making a great way to add varying heights to a base.

The base we chose to show off these deadly heroes was the 60mm Cathedral Rubble base from MiniMonsters. This base is absolutely stunning to behold, with lots of texture and details to paint and more varying height to complement our miniatures. The base was caste as a special run for the Heroes Drop as it's usually only found as part of the large Cathdral Rubble kit (which is amazing too!)

To decorate the Cathdral Rubble base, subscribers found two basing materials in the box: some Winter Tufts and Urban Weathering Powder by War World Gaming. The latter was an excluive pre-release of their new powder too!

Finally, we also included a trio of Reaper stone paints to paint the Cathdral rubble base. Our resident painter Marc provided a great tutorial on how to paint weathered stone which was included in January's Heroes Box for free.

The Heroes Drop has now become the Villains Drop, which you can learn more about here. 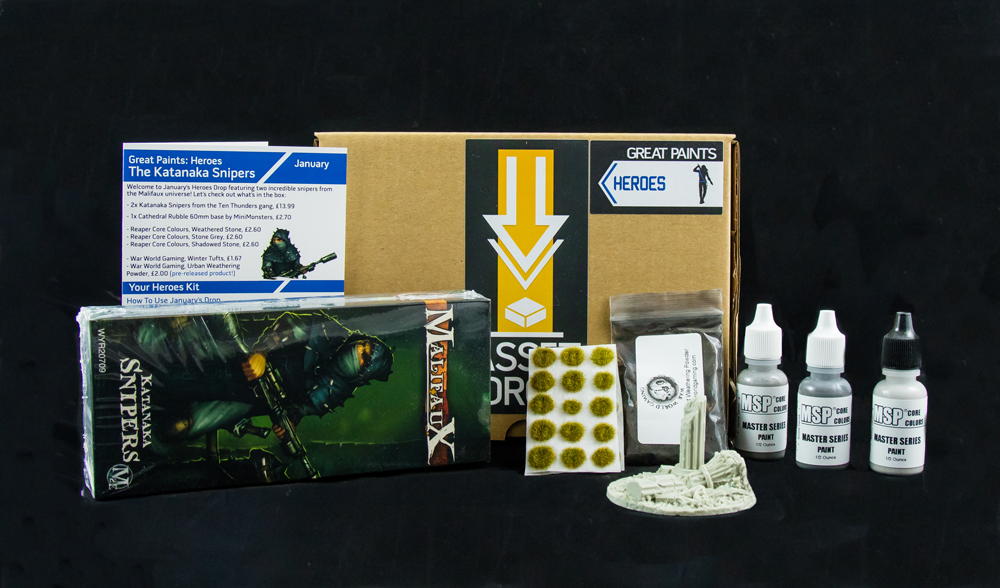 January Mini Tutorial:
Inside every Heroes Box, we always include a detailed painting tutorial designed around the mini that month. For January's tutorial we covered how to paint realistic weathered stone to accentuate the great details found on the Cathedral Rubble base. 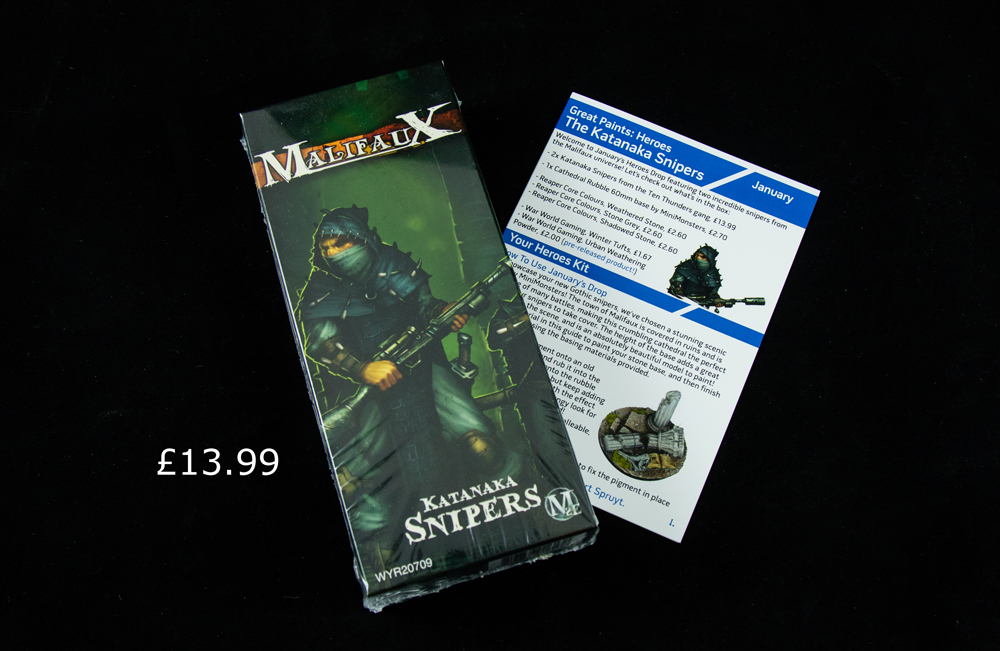 The Katanaka Snipers from Malifaux

We love these snipers from Malifaux, especially the great details found on thier cloaks and guns. They are in a gothic steampunk style, which is fairly unusual, so we thought they would be a great addition to our subscribers collection. They also have an ideal mix of different fabrics and metals to paint and create a great colour scheme with. They are from the Ten Thunders gang in Malifaux universe. Here is some more information about them taken directly from Malifaux's website:

"When the Katanaka wish to eliminate their target from a distance, they call on the Ansatsu dojo. These snipers are experts at stealth and are trained to frame the murder on unfortunate bystanders. They are patient, carefully planning, setting up, and awaiting the perfect time to strike. Before their first mission, each Katanaka Sniper has their tongue removed, ensuring their silence."

Below you can see the January's Heroes Kit completed by our subscribers and shared with us on social media.

Painted by our subscriber Mark of the UK 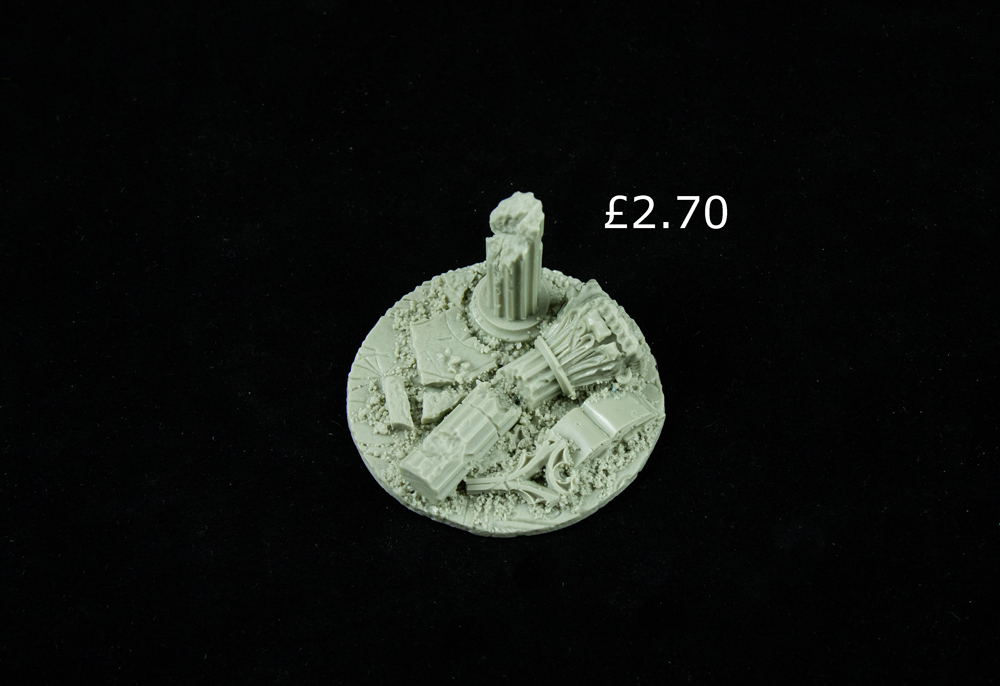 The Cathedral Rubble base by MiniMonsters is an absolutely stunning showpiece for our snipers. From the detailed ground texture to the crumbling stone columns, it's beautiful! When we saw this new resin scenery, we knew that it worked perfectly with the Malifaux world and would be an ideal place for our snipers to hide. When the team at MiniMonsters agreed to cast enough of the 60mm bases for our Heroes Box, giving subscribers exclusive access to this specific piece of the larger kit, we were overjoyed! You can see the full Cathdral Rubble kit here.

We wanted to bring more of the feeling of the Malifaux world to the base, and give it a real sense of age, so War World Gaming's new Urban Weathering Powder was the ideal accompaniment. A mixture of different colours, this powder gives an aged, dirty look to any city scenery. It also pairs really well with their Winter Tufts to give the sense that this abandoned Cathedral is already being reclaimed by the earth. Check out the finished base effect below, completed by our resident painter Marc. 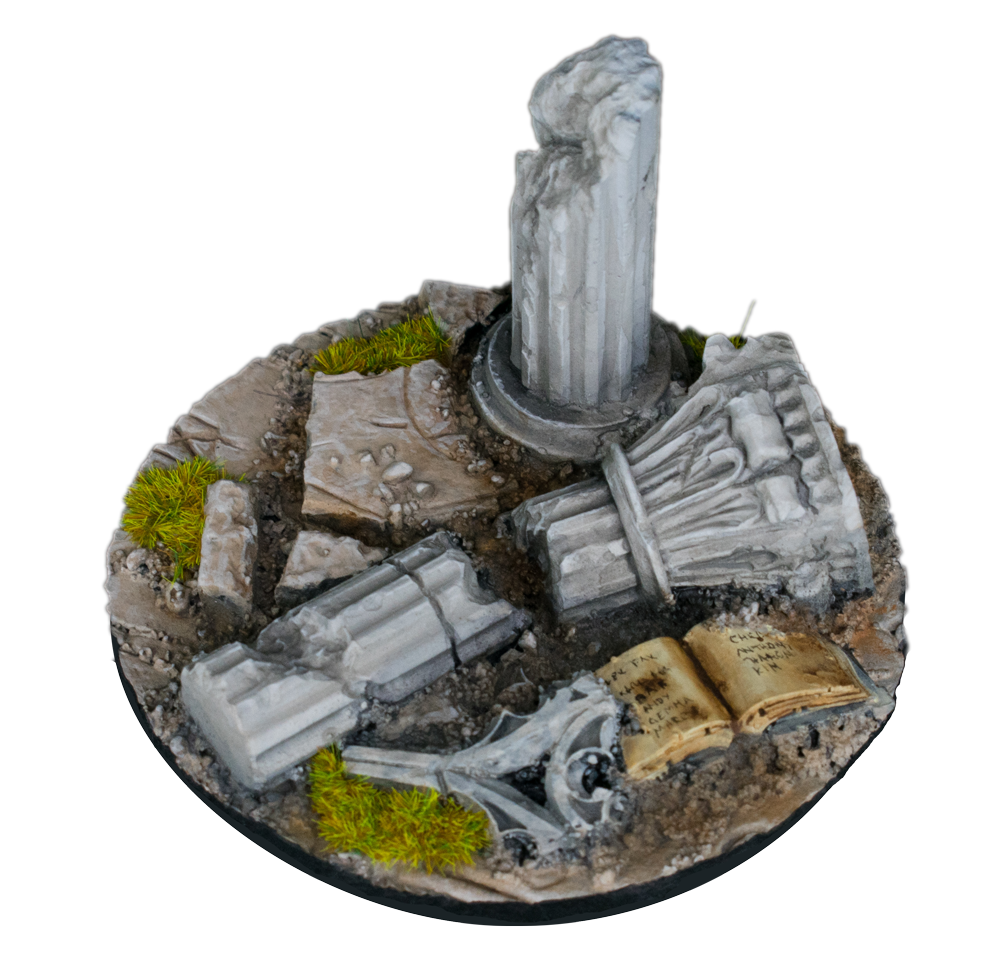 A Trio of Reaper Stone Paints 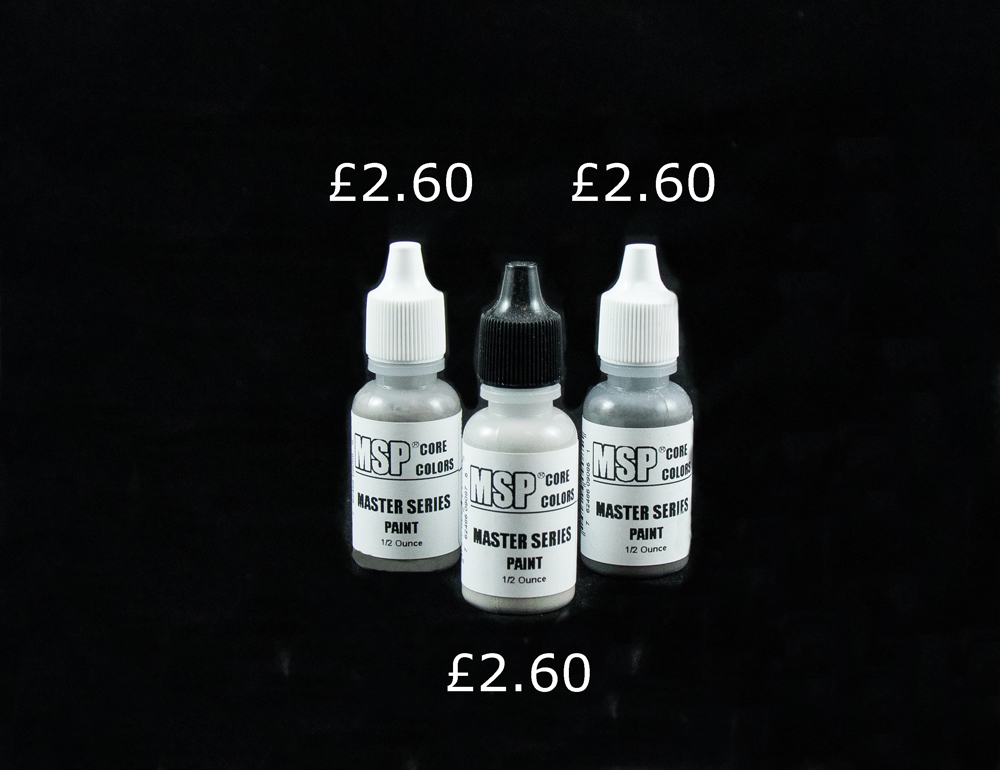 For the paints in the Heroes Drop this month, we went with an encellent trio from Reaper that has been designed for painting stone. The trio provides the Shadow, Base and Highlight needed for a realistic stone effect, and the paints themselved are a dream to work with. You can see the results in the above photo, which is the bonus tutorial included in the January Heroes Drop: How To Paint Weathered Stone!

Check Out The New Villains Box

The Heroes Box is now the Villains Box. Places on our Villains subscription are always limited with only a few opening up each month. Sign up for the latest box, if it's available, by clicking the link below!