For February's Heroes Box we have focused on the incredible Lion Tower Miniatures, featuring the intrepid Barbarian miniatures from their Wrathborn universe, accompanied by his loyal Owl pet that can always be found nearby as his travels over vast lands.

To display our Barbarian we picked the breathtaking Celtic Ruins base from Alien Lab Creator, which is the ideal platform for this stoic and deadly warrior. Finally, we included a trio of paints from The Foundry Paint System. This is a base, shade and highlight trio and we picked the South American Flesh trio to give our Barbarian a sun-kissed skin colour to celebrate his wandering nature.

The Heroes Drop has now become the Villains Drop, which you can learn more about here.

February Mini Tutorial:
Inside every Heroes Box, we always include a detailed painting tutorial designed around the mini that month. For February's tutorial we covered how to paint dark tanned flesh using the Foundry trio.

The Barbarian Miniature by Lion Tower Miniatures, £10.00 with his Owl Pet, £5.00, in the same packaging.

The Barbarian miniature from Lion Tower Miniatures is a stunning model; from the intense detail in the casting to the emotive and powerful pose, we just knew this was the hero we had to feature in our monthly box! We also paired him with the Owl Pet miniature in honour of a Barbarian's wandering nature and free spirit. Below you can learn a little more about the Wrathborn universe our Barbarian hails from, taken directly off the Lion Tower website:

"Wrathborn is a fun fast paced skirmish game with dynamic combat and activations. Set in the dark and mysterious world of Juttergard, Wrathborn has a heavy Dark Age feel to it with a nice slice of High Fantasy.

Wrathborn is the brainchild of Lion Tower Miniatures’ resident game designer Rik Eddon.  Rik has been painstakingly developing the game, it’s background and lore over the last 6 years (and is very pleased to finally see it all coming to fruit).  The miniatures have been sculpted by owner and sculptor Dan Kelly, following the same design ethos behind our RPG miniatures range.

Wrathborn will feature four starting factions; The Norndrassel; The Children of Sha; The Kingdoms of Aner’a; and the Jade Empire. Each faction has its own uniquely identifiable aesthetic, feel and play style and we have plans to add many more as the story and game develops with time."

Below you can see the Barbarian miniature painted up incredibly in a Scottish clan style by one of our subscribers! 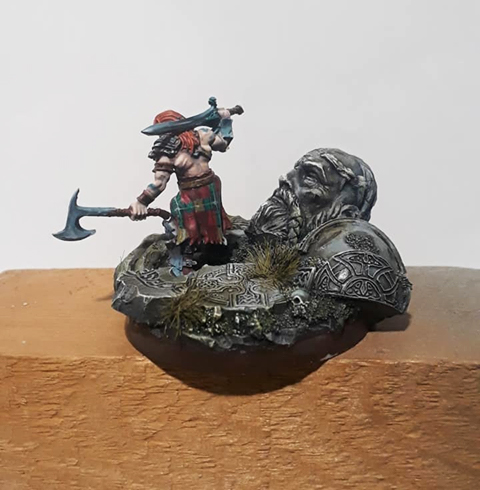 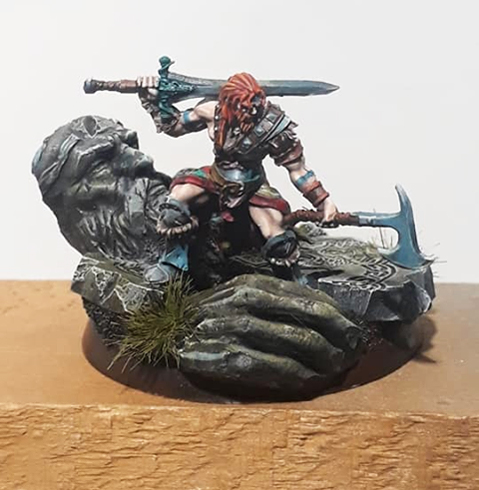 Painted by our subscriber William from the UK

Celtic Ruins Base and Owl Pet 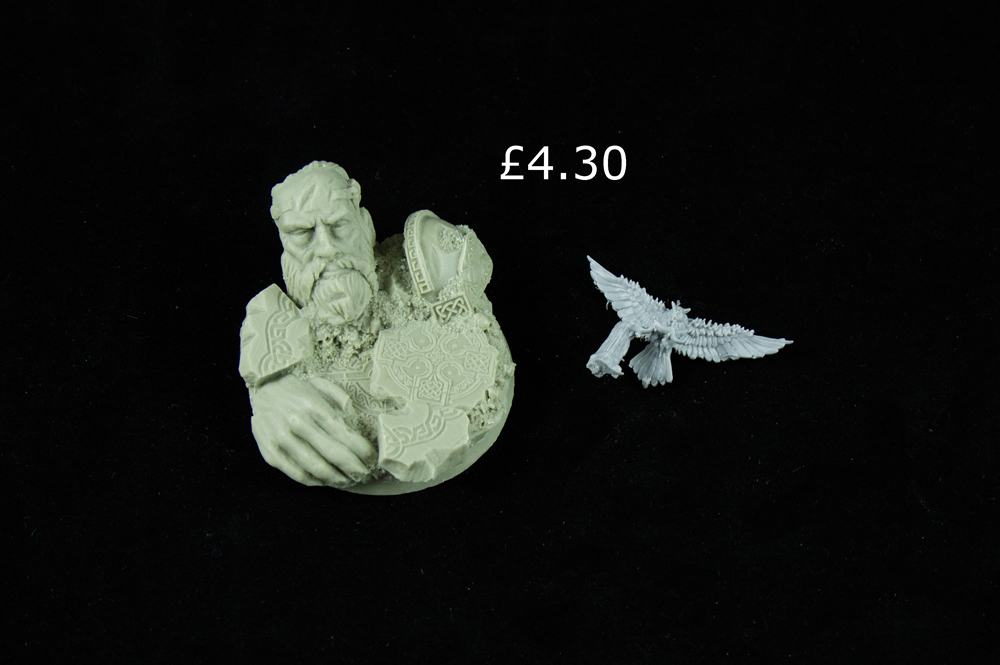 Alien Lab Creator produces some incredible scenic bases and as soon as we saw the Celtic Ruins base, we knew it would be perfect for our Barbarian miniature. It is the ideal setting for a warrior to be wandering through in a fantasy land ravaged by war, leaving ruins of past kings all over the land. You can also see the highly details Owl miniatures from Lion Tower perched on a branch that wedges perfectly between the old stone head and shoulder armour to create a seamless diorama!

A Trio of Foundry Paints

Finally, you can see the trio of tanned flesh paints from Foundry, which work really well together to create a skin effect fit for Conan! The darker base is the shadow, and is applied first, followed by the mid tone and a highlight colour for that extra bit of pop on our Barbarian's muscles.

Check Out The New Villains Box

The Heroes Box is now the Villains Box. Places on our Villains subscription are always limited with only a few opening up each month. Sign up for the latest box, if it's available, by clicking the link below!