In this series of blog posts, we'll be talking briefly to some of our subscribers to find out how they got into the hobby and what they love about our subscription boxes. We'll also be sharing pictures of the models they've painted and how they approached the challenge.

How did you get into the hobby?

Paul: I got into miniature painting a long time ago when I was around 12 year old. When I first walked into a Games Workshop store, the first models I painted were a blister pack of two terminator models! This was back in the old days when they were made from lead. I painted them in the traditional Blood Angel colour of bright orange over a white undercoat, and they were so impressive that I home brewed a chapter with black armour instead!

We love the Heroines diorama you created using July's subscription box contents. How did you approach it? 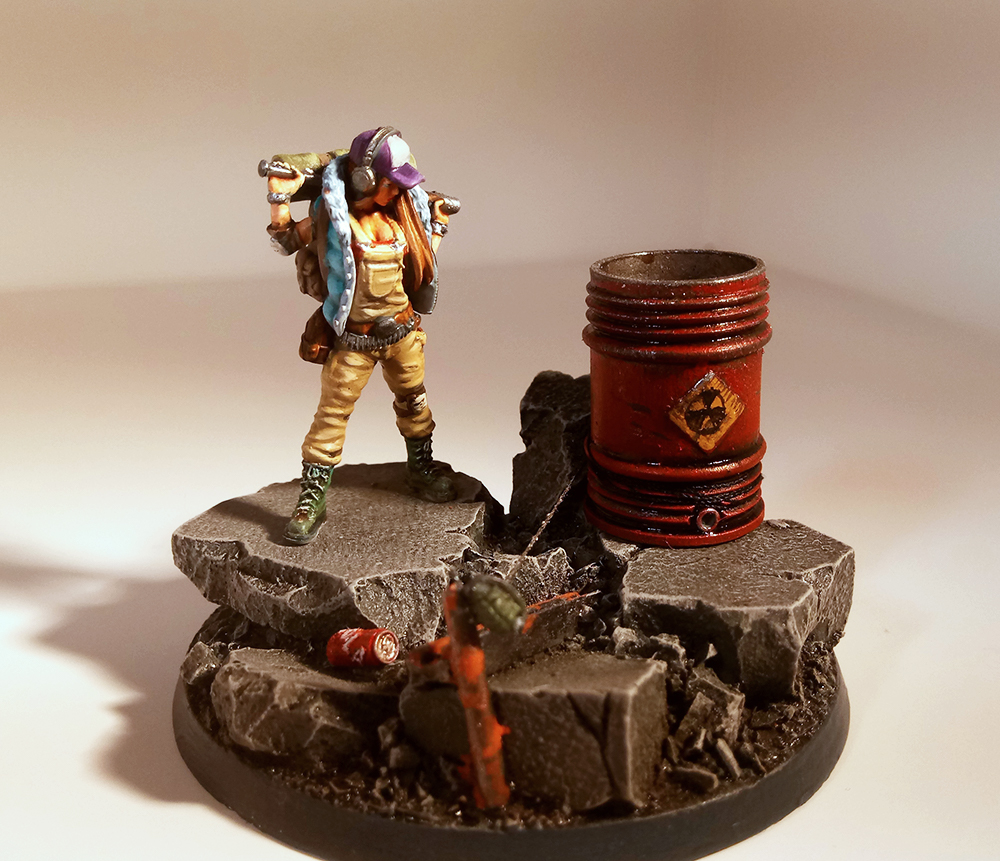 Paul: For the Heroines diorama, I followed the Painting Guide for the overalls. I wanted to test out the paints and guide which were both really good. After that, I painted the cap in purple in support of my NFL team, no not the one your thinking of, the Baltimore Ravens 😉  Then I wanted the jacket tone to stay on the cool side and decided on blue, finishing off with some green army style boots.

Once painted, I positioned the model on the base to make the best use of materials from the box. For some reason, I thought it would be a good idea to make the canister a radioactive waste barrel that someone had decided to use as a heater, so I added some radioactive waste (from the July Heroes Box) running out from the back of it. At this point I noticed she was looking down at something, but what?

This took the most time to figure out. I went through my bits box for rats, cats and zombies oh my…. but decided that with the title of the box: Savvy Survivor, she should have spotted a trap, so I made trip wire out of a bit of thread, a strip of plastic and one of the grenades from the Zinge Basing Bits set in the box that month. I also decided to add in a cola can for the full post apocalyptic landscape effect!

What do you think of the Asset Drop subscription boxes?

Paul: So far I am loving discovering all the new models and basing components and finding ways to combine them! The Painting Guides are really handy and challenge me to try out new painting techniques and combinations. I am really looking forward to each new box and the new surprises within.

Here are more amazing diorama's that Paul has created using his monthly boxes! Paul subscribes to the Heroines Box, the Heroes Box and the Monsters Box. 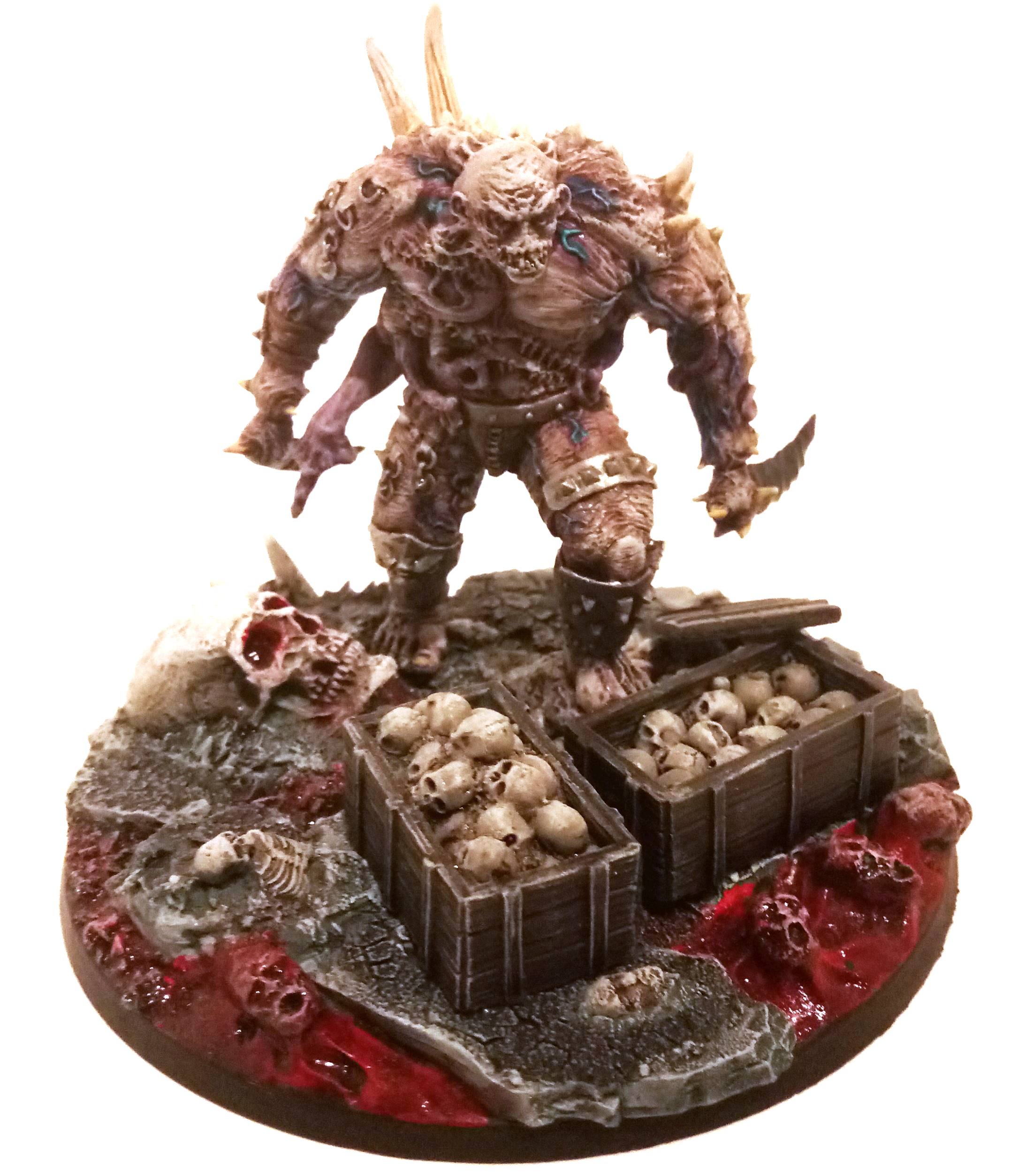 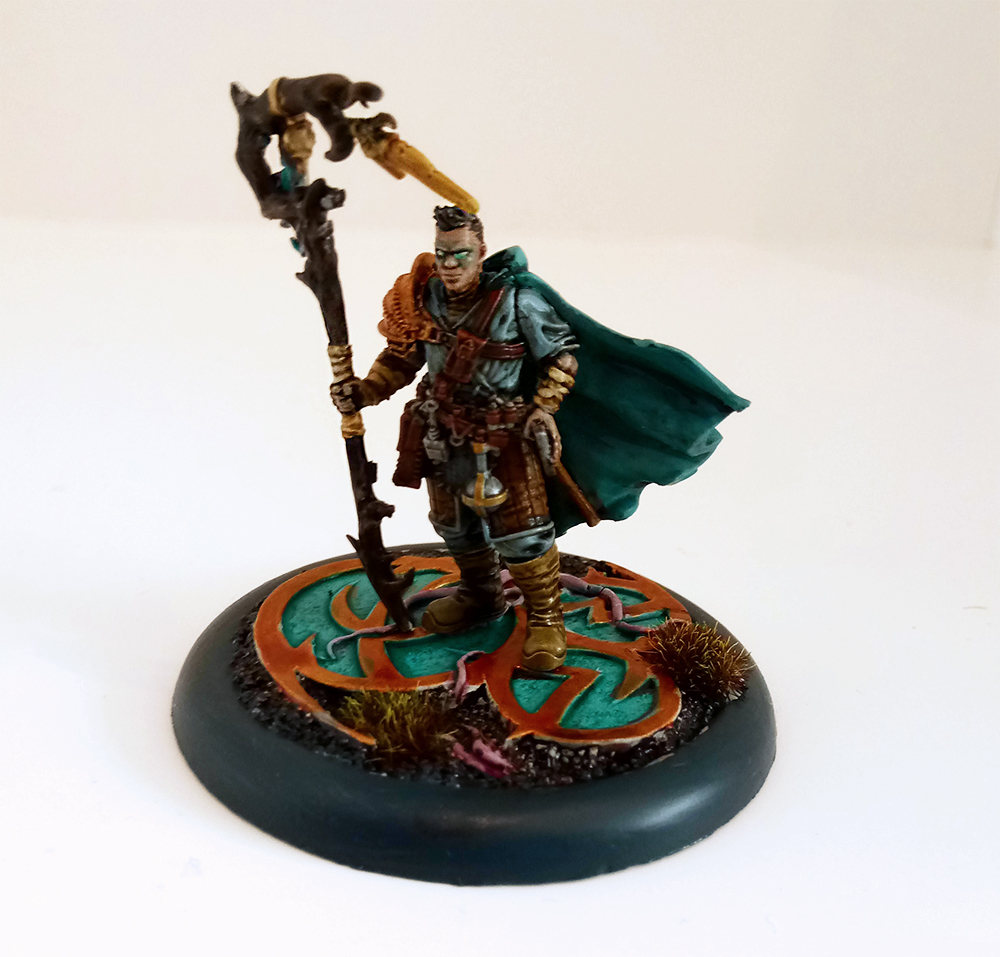 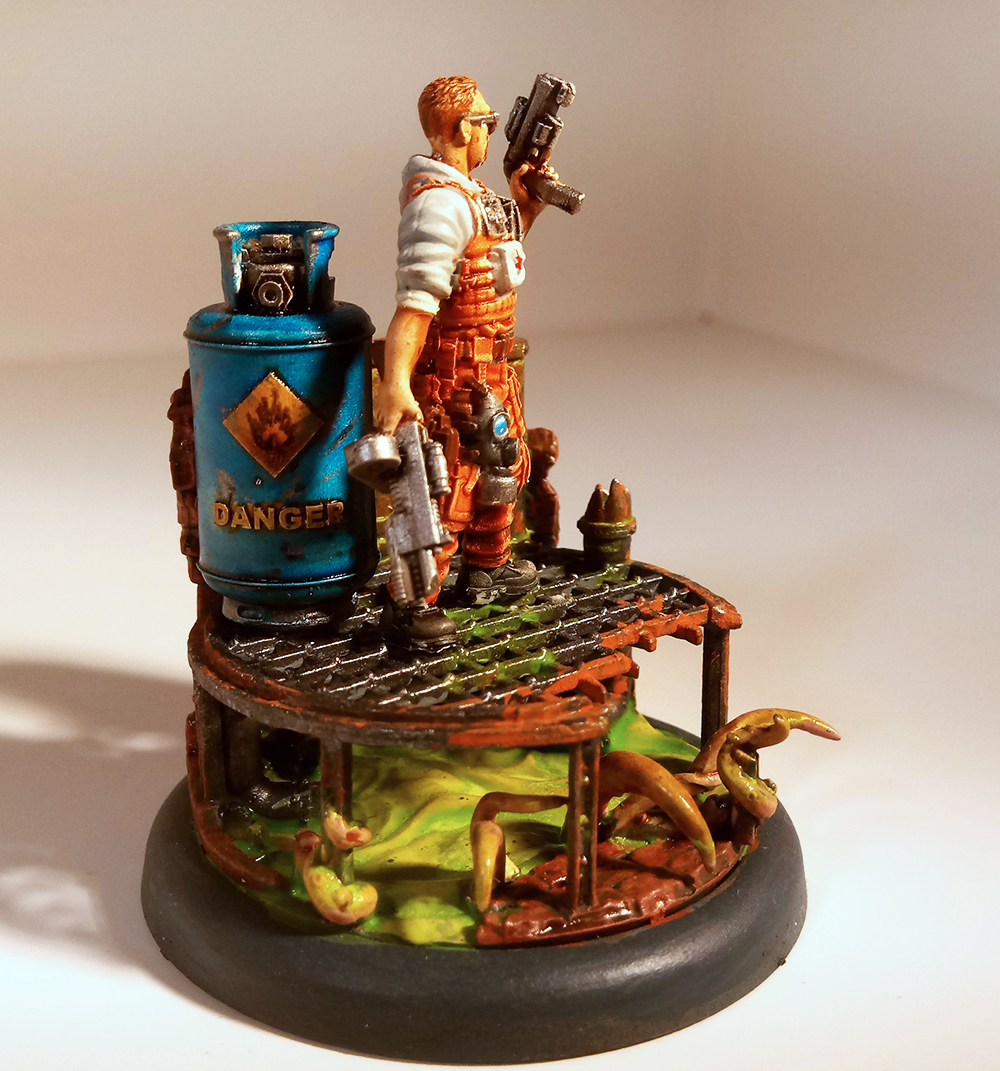